The Seattle Art Museum (SAM)’s exhibition Yves Saint Laurent: The Perfection of Style offers a unique retrospective of the work of one of the most influential French haute couture designers of our era. Could this be an indication that Seattle’s fashion scene has now moved beyond the grunge look of the 90’s?

The exhibition takes visitors through Saint Laurent’s legendary career and reveals both his artistic genius and his creative process as an haute couture designer. On display at SAM is an exemplary collection of 110 ensembles, many of which have never been shown in public before, showcasing the tremendous achievements of his 44-years in the fashion industry.

As he singlehandedly reinvented the wardrobe of the modern women during the 60’s, Saint Laurent’s importance to the fashion world cannot be understated. By introducing the female cuts of wardrobe staples such as the pea jacket, the tuxedo, the pantsuit, and the safari jacket, he changed the way women dressed and Yves Saint Laurent: The Perfection of Style is a testament to this.

Saint Laurent was born in 1936 in Oran, Algeria and grew up in a villa by the Mediterranean with two younger sisters. From a young age, he liked to create intricate paper dolls and by his early teens he was designing dresses for his mother and sisters. As you first enter the exhibition hall, you will learn about his Paper Doll Couture House, an interactive display which allows you to place colorful dresses over a paper doll.

Saint Laurent studied at the Chambre Syndicale de la Haute Couture in Paris before he began his fashion career at Christian Dior. Ensembles early in the exhibition focus on Saint Laurent’s formative years when, at age 21, where he was named artistic director for the renowned house after the sudden death of Christian Dior in 1957. Working at the pinnacle of French luxury fashion, his successful 1958 Spring – Summer debut collection for Dior includes his magnificent Eléphant Blanc evening dress made from silk and covered with gold metallic thread embroidery which is a must see piece of this exhibition.

Visitors will learn how Saint Laurent was inspired by art. On display is one of his most famous dresses which features square blocks of primary colors’  red, yellow and blue encompassed by black lines and pays homage to Dutch painter Piet Mondrian. Saint Laurent was influenced by all forms of art and culture from the bright colors and stark lines of pop art to the traditional materials used in African arts and crafts. A raffia coat with a silk dress embroidered with tiny wooden beads is a prime example of the latter source of inspiration.

Dressing is a way of life

In 1962, Saint Laurent launched his own couture house with Pierre Bergé, his lifelong partner both in business and in life. In 1966, they opened the first ready-to-wear designer boutique in London which introduced designer fashions to the masses. He became know as the Beatnik Couturier, drawing inspiration from street life and pop culture and proudly proclaiming, “you no longer need to be rich to have style.”

As fascinating as any of the dresses, and included throughout the exhibition, are the original collection boards from 1962 â€“ 2002 with sketches of and swatches from each outfit of every Saint Laurent couture show covering 40 years of the maison de couture’s history. Plus, one of the eight modules of the exhibition includes a large glass display case the size of a boardroom table filled to the edges with bold and colorful jewelry accessories, demonstrating the total look of the Yves Saint Laurent house.

During the 1970’s Yves Saint Laurent achieved superstar status equal to that of Mick Jagger or David Bowie. He was no longer simply a fashion designer, but also a celebrity, targeted by British gossip magazines and photographers on the lookout for scandals. And he did not disappoint. In November 1971, to promote his men’s fragrance Pour Homme, he released a nude photograph of himself and caused an incredible stir.

Numerous photographs, drawings and production documents offer a rare behind-the-scenes glimpse into the creative workings of the fashion house and the private life of the great couturier.

Many of the exhibition displays are on loan from the Pierre Bergé Yves Saint Laurent Foundation which opened its doors on the premises of the former Paris couture house in 2004 with a goal to conserve and promote Yves Saint Laurent’s unique vision after he passed away in his Paris home in 2008.

Elegance is forgetting what one is wearing

The elegance of Yves Saint Laurent: The Perfection of Style stands in striking contrast with grunge, Seattle’s contribution to fashion history. Originating from its vibrant music scene, the movement influenced high fashion in the 90s and is making a comeback at youth oriented fast fashion outlets.

Grunge kicked off with the rise of Kurt Cobain’s alternative rock band Nirvana whose music earned its label with its murky and rough sound. Many have described grunge fashion as thrift store chic. Cobain himself had a nonchalant “anything goes” look characterized by graphic t-shirts, Doc Marten boots, distressed light denim, oversized cardigan sweaters with moth holes and, to top it all off, bad hair every day of the week.

In 1993, James Truman, Editor of Details, said that, “grunge is about not making a statement, which is why it’s crazy for it to become a fashion statement.” However, become a fashion statement it did. Marc Jacobs was one of the first designers to showcase grunge as high fashion with his 1993 Perry Ellis collection. In fall 2014, the Hedi Slimane collection for Saint Laurent was a tribute to grunge with luxurious scruffy mohair sweaters and faux-fur coats.

In striking contrast to its grungy past, the Yves Saint Laurent exhibition at SAM brings a touch of luxurious style to the Emerald City, begging the question if Yves Saint Laurent changed the face of haute couture, can he change Seattle?

If you are planning a weekend getaway or just passing through the Seattle area, the Yves Saint Laurent: The Perfection of Style exhibition is a must see for anyone. Whether you have a particular appreciation for the influences of French couture on fashion today or you simply like beautiful things, this exceptional display of Saint Laurent’s work is sure to please.

Don’t delay as the exhibition only runs until January 8, 2017. Afterwards, it will travel to the Virginia Museum of Fine Arts in Richmond, VA where it will be open from May 6 – August 27, 2017.

Stewart & 3rd Ave. across from Macy’s. Request a parking voucher from the SAM ticket counter for discounted rates. 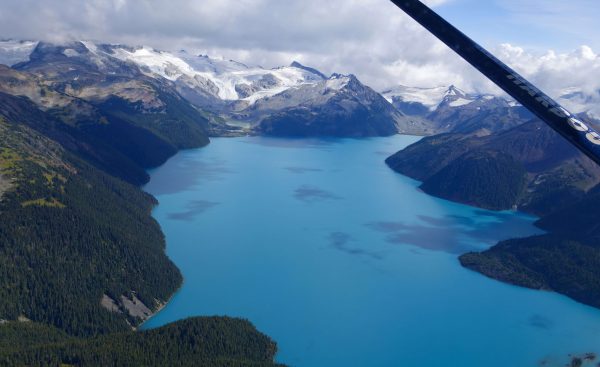